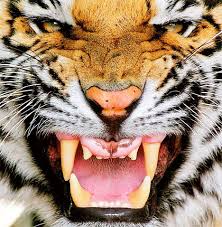 About 15 years ago The Hunter was published, a surprising and outstanding debut by the Australian novelist Julia Leigh, who was praised for her masterful evocation of time and place.

The Hunter, since badly adapted for a film, is about an unnamed man who has been sent into the wild to retrieve the DNA of the last Tasmanian tiger, and Leigh’s control over language, metaphor and atmosphere continues to make the book resonate, even after all these years.

The Night Guest has parallels with The Hunter: it is also the first novel by an Australian writer, Fiona McFarlane, and the presence of a tiger is deployed to cement a brilliantly wrought story of intrigue and deception, and I have a feeling in won’t be out of print anytime soon.

After the death of her husband, and with sons who have departed the nest, Ruth is more or less left on her own in an isolated house on the edge of town, close to a beach, with only her cats to keep her company.

Though elderly, Ruth is sound of mind and body, an independent and blithe spirit whose nocturnal harmony is disturbed in the early  hours by her suspicion that a tiger is roaming the house.

The government has sent Frida, a carer, to look after Ruth, or so she is told, and a relationship quickly develops between the two women: at first, Frida is a paragon of selfless devotion to a woman who may, or may not, be slipping into dementia.

Frida, of course, is not what she seems, but as a character, fully fleshed out by McFarlane, she is the ideal foil for Ruth, who is energized by her carer’s vigour: though oblivious at first to changes under her roof, Ruth gets in contact with Richard, a widower, the one who got away fifty years earlier. McFarlane brings great tenderness to the scenes involving both, one of the many creative achievements of the novel.

Double bind is a device in literature where the inequality between two characters evolves slowly, and in The Night Guest, chillingly, where one does the binding, like a spider, and the other is bound. Enough said. If you come a cross a better fictional debut than The Night Guest in 2014, it will be an exceptional read indeed.