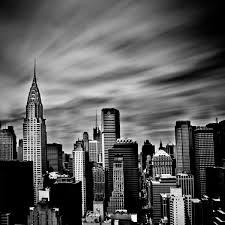 There is something of the night about First Light, the new solo release by English pianist Andrew McCormack since he quit Old Blighty for New York.

By that I mean there is an intimate, club-like tone to the quite outstanding nine tracks, all composed by McCormack, with the notable exception of Pannonica, which both closes the CD and points the way ahead.

It is said that McCormack has a quintessentially British emotive aesthetic and that his move to New York would result in a greater depth to his swing, interplay and mesmeric live sound.

If so, the transformation has been stunningly rapid.

McCormack eschews the temptation to showboat on what is his first solo venture, but the aura of polished maturity is a natural inheritance of a driving force in groups fronted by Kyle Eastwood and Jean Toussant.

He has had, for one in his thirties, a lifetime’s experience gigging with the best, and as such you can expect a relatively leisurely but confident swagger to his pianism. In other words, this is not frenetic jazz, with a serrated edge to the rhythm. On First Light, McCormack throughout is a cool customer, ice unmolested by a rise in temperature.

What I like about the final track, Pannonica, is McCormack’s inclination not to mimic the idiosyncrasies of Monk, and instead display the breadth of freshness he can summon to a legendary classic, without entirely neglecting the tonal and modal influence of Monk.

There is too the small matter of the inspiration behind the Monk composition: Pannonica de Koenigswarter, like McCormack, left her native England for New York in search of pastures new, and discovered jazz.

Her book, later in her long life, Three Wishes: an Intimate Look at Jazz Greats, is a must for anyone curious about the club scene in New York at a time when Pannonica was a patron to many musicians, including Charlie Parker, Miles Davis and, of course, Thelonious Monk.

First Light is a melting pot of various confluences – the composer’s background, the urban vibe of New York, the wizardry of fellow musicians, bassist Zack Lober and drummer Colin Stranahan, but is never less than fresh.

McCormack can unfurl contrapuntal lines with clarity, but they are never forced, and Lober and Stranahan dovetail to his various pianistic colours.

The longest track, and my favourite, Gotham Soul, is almost eight minutes of this trio at its zenith, where the distinctive sound and urban soul of First Light, is realised in the effortless dynamics between drum, bass and piano.

Greatness in a CD must join up the musical miniatures of a band and although McCormack’s piano is to the forefront in etching out each note, all three have their part in creating a mood that is exclusive to First Light, which is unlikely to ever gather dust.

One thought on “Andrew McCormack”