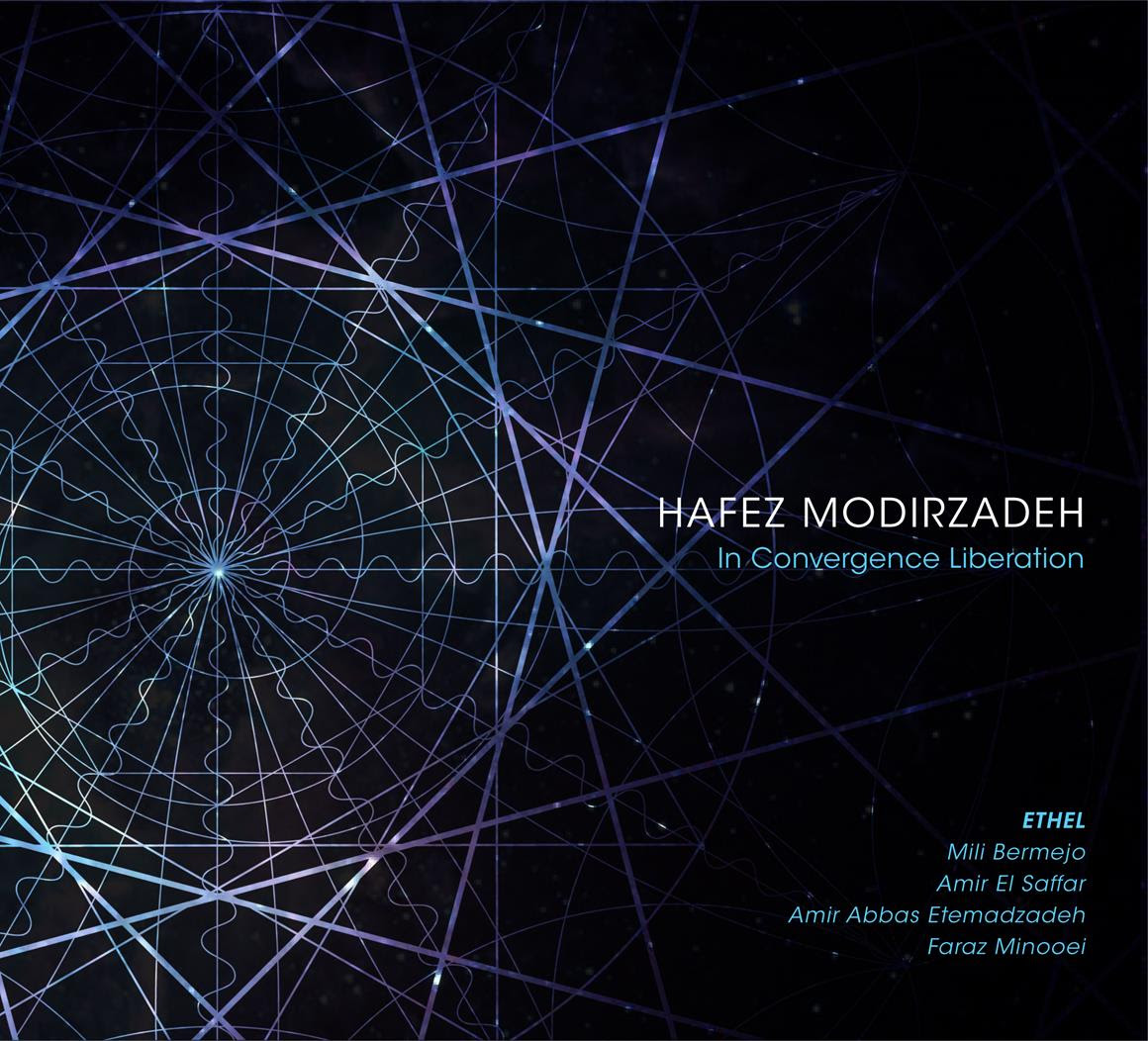 It follows his 2012 release Post Chromodal Out!, which featured a piano re-tuned to variations of Persian temperament, as played by Vijay Iyer.

The new work explores Modirzadeh’s “chromodality,” a cross-cultural musical concept which allows for the co-existence between different musical temperaments, which Modirzadeh originally derived from his own American jazz and Iranian dastgah heritages.

A collection of tone poems and song cycles, the works on In Convergence Liberation include La Angustia de los Amantes, a Spanish rendition of a poem by the 13th century Persian poet and philosopher Jalāl ad-Dīn Rūmī  which utilizes the notion that there is gravity to sound.

Karnā Passages features Modirzadeh on an ancient Persian double-reed instrument hybridized with a bassoon reed and sawed-off trombone bell. Las Orillas del Mar feature lyrics from an anonymous Andalusian poet of 14th century Spain. Number That Moves derives from abstracts motifs from the original notation of the Adagio section of Beethoven’s Piano Sonata no. 26, where the absence of bar-lines shifts perspective towards collective interdependence.

In Suite Compost by cutting up and reconstituting themes and lines from several dozen existing string quartet compositions and empowering the musicians to transcend the linear, the music of Mozart through Bartok shape-shift into one another.