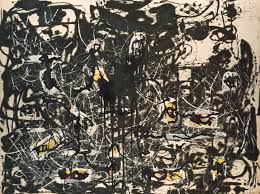 As you would expect from a recording bearing the Steve Lehman brand, Mise en Abime is a CD which cannot be tied down. It defies explication. Even the titles are suggestive of something not quite explicable afoot: Segregated and Sequential, Codes: Brice Wassy, Parisian Thoroughfare Transcription, and Chimera/Luchini.

The brevity of the recording, under 45 minutes, and the expeditious speed of its labour, two days in the studio in January last,  is indicative of an experiment, though a well thought out one.

13 Colours first puts meat on the bone, the playful duelling of Chris Dingman’s vibraphone and Tim Albright’s trombone engineering the hot thermals for Lehman’s alto sax to shimmy and dance, with Tyshawn Sorey on drums injecting pace, and this momentum continues with Glass Enclosure Transcription, the emphatic Sorey and Jose Davila on tuba hooking up with the more serrated tenor saxophone of Mark Shim.

The opening track, Segregated and Sequential, is like Lehman saying to the world, ‘I’m back,’ for this is his first recording in five years, but the demonstrative force of the octet is instantly apparent from 13 Colors on. It’s unlikely you will have heard such a river of sound – saxophones, vibraphone and tuba – in spate to such fulsome cohesion as it is here, and we haven’t yet got past the third number.

The sense of urgency about Mise en Abime is ubiquitous throughout: Codes: Brice Wassy, by far the longest track at almost eight minutes, is also the most pleasurable. It has the ingredients of a live session: Lehman’s sax taking Dingman’s vibraphone for a walk, and a glorious trumpet solo by Jonathan Finlayson is segued with Drew Gress’s bass.

The exciting and pulsating interplay between both saxes is superlative on Autumn Interlude, with Sorey and Gress circumnavigating the wind instruments with staccato intensity, and both give Beyond All Limits its lift off, clearing the ground for the Lehman of old, a wonderfully fluent sax which seems incentivized by the Gress-Sorey partnership.

At this stage Mise en Abime has entered another realm. This is a sweet, consoling rainbow of an experiment.