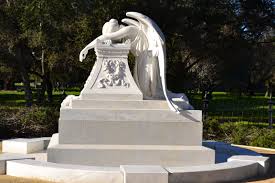 The Zebra Stood in the Night

It may not be intentional, but a heavy vaporous emanation of melancholy lingers throughout The Zebra Stood in the Night, Kerry Hardie’s seventh collection of poetry, published in Ireland by The Gallery Press, and in Britain by Bloodaxe.

Hardie’s style is shyly inconspicuous, her lines – where relevant – parsed and honed for anything but dramatic effect: ‘it is May, and the rain is falling. (fromMay Rain);’I’ve taken a sick dog to the vet and we’re waiting (from Threnody for Seamus) and, from Latvia Phones Ireland, ‘It is November. I am making dinner when the phone rings.’

Hardie’s intention with The Zebra Stood in the Night is to efface any trace of preemptive planning in the architecture of the poem: they are written as they came to her, all the better to mirror an extraordinary sequence of events orchestrated, it would appear relentlessly, by death.

Expiring is, of course, the Hamlet of subject material for poets, whose first brush with mortality is vicariously sieved through observing nature, and so it is with Hardie’s Foxwinter, where, after a dog fox is shot, ‘the flame was quenched – charred hearth of bones in January’s frozen mud.’

In fact, death is omnipresent throughout The Zebra Stood in the Night and, whether real or imagined, personal or observed, Hardie’s anthropic probing of death’s black hole is open ended: poetry is her tool to probe this most defining of experiences.

In recent times, death has given her enough fodder to last a lifetime, and the titles allude to the loss of fellow poets and artists in a ridiculously short time: Barrie Cooke, Denis O’Driscoll and Seamus Heaney.

There is too the very tragic death of her brother Paddy from a heart attack at the age of 47 in 2012, a year before Heaney, and the second part of the book is a series of meditations on grief, though Hardie points out that it is not specific to her brother.

But he is the catalyst, and Hardie, in this short, sad and bitter sweet collection, reminds us how poetry, in Ruskin’s words, is a conqueror of forgetfulness. ‘Why can’t I leave you alone and stop prying?/What is it that I need to understand?’ (from Fragment).

It all began in 2004, when someone gave Siggi Loch, ACT President and founder, a home-burned CD at the Jazz Baltica in Salzau: he didn’t get to listen to it for a while, but when he did, it immediately got his discovery synapses sparking.

Although ACT was already endowed with an abundance of keyboard stars – Esbjörn Svensson, Joachim Kühn, Richie Beirach – the music on the CD just wouldn’t leave Loch’s head. After a few months, Michael Wollny and his comrades-in-arms Eva Kruse and Eric Schaefer became ACT artists.
Wollny’s discovery proved to be a godsend, not only for ACT but for German jazz as a whole. His electrifying vitality, intellectual curiosity, technical brilliance and total, unequivocal devotion showed itself in varying constellations. When the musically complex and highly ambitious idea of Wunderkammer arose (with the classical harpsichordist Tamar Halperin), Wollny didn’t talk it to death, he just did it.

Wollny’s album Weltentraum not only garnered more acknowledgement from the national and international critics and four stars in the legendary US magazine Downbeat, it was also a commercial breakthrough.

In front of a massive audience, the trio once again took its music to new heights, and this CD captures the special atmosphere of the Chamber Music Hall of the Berlin Philharmonie: Wollny  on piano, together with his congenial partners Tim Lefebvre on bass and Eric Schaefer on drums, get the house jumping.

I don’t know if Emma Jane Unsworth has made it onto any Granta or equivalent list of best young British writers, but on the strength of Animals, she should: one is tempted to say that she brims with promise, when the truth is she has already arrived.

Animals is a superb novel, described by Caitlin Moran as ‘Withnail with girls’, and, once you trawl through the excesses – the sex, the drugs, the booze – it is hard to disagree, but it would be a pity to limit the book to a mere full on filthy story of friendship.

It is much, much more and is beautifully written.

Laura and Tyler are best friends in their mid to late twenties who co-habit together in a Manchester flat with a cat, philosophising and leading each other astray in local pubs and further afield (hilarious sketches in London and Edinburgh).

Naturally, change doesn’t stand still, and with biological clocks ticking in the background, Tyler is on the cusp of losing Laura to the connubial prison of a life with the one dimensional classical pianist Jim, now teetotal, who is itching for both babies and marriage, though impossible to say which will come first.

Laura, an aspiring novelist who adores Yeats, is easily led by the mercurial Tyler, whom she didn’t realise drank until she met her sober, a superbly drawn character by Unsworth: imagine a younger version of Patsi from Absolutely Fabulous, with the genes of Jim Morrison and Lord Byron.

She memorably disengages from a date with Tyler to attend a poetry lecture, by explaining how she got “black out drunk last night. I feel like that if I move, I’ll vomit electricity.”

Tyler also gets the best one liners: ‘The sound of the suburbs: they sell it as peace but it is actually death, closing in.” I noticed Animals is being plugged as a book for women, but I enjoyed it hugely because of Unsworth’s wit and excoriating style. There’s not a single line in Animals that’s not plugged into a socket, and switched on.

An although Animals is, apparently, aimed at Girls, Bridemaids and Visits from the Good Squad, for me Laura and Tyler, at the height of their friendship and excesses, brought back memories of Sebastian Flyte and Charles Ryder in the roaring 1920’s. One of the best novels of 2014.

Quadraceratops didn’t appear on my radar until this eponymous, seven track, CD arrived in the post: it is deliciously effulgent.

Opening with Dinner With Patrick, there is a vivid vibrato from the alto saxophone of Cath Roberts and Tom Ward, and the variations in pitch, judiciously shadowed by Olly Blackman on drums, cements the primer for what is to follow.

Song for the Worker Bee is quick off the mark, driven incessantly by Blackman and Jason Simpson on double bass, but the excellence of Dave O’Brien on Fender Rhodes and Henry Spencer on trumpet brings the crescendo to mid stream, where the sound spreads out, and takes off.

There is a real sense of discovery with each of the munificent tracks on Quadraceratops, with new ground explored, though never at the expense of an absence of cohesion. The solos, thus, are not in the least onanistic.

A gorgeous sax harmony flirts with O’Brien’s piano in Chair-O-Planes, which me for, in its impressionism and the play with mood and tone, and the tendency of Quadraceratops to strip a tune to almost attenuation, without diluting the overall flavour, before using harmony to inflate the flavour, is the most pleasurable.

As chief composer and arranger, Cath Roberts has several trademarks: she creates a vacuum for her musicians to flourish, incandescently quick or incandescently slow, like the infectious opening to Spiderling, contoured by Magnus Dearness on trombone, but illuminated once gain by the percussive Blackman and O’Brien’s piano.

Calico I kept for the short journey to work by car: soaring horn rambling and meandering across a sound field of piano, abruptly cut by tremulous bass, and then Roberts orchestrates multiple blossomings, both saxophones imploding and exploding until O’Brien’s nursery notes shepherd a trumpet and bass lines into a sudden denouement.

Quadraceratops, in what has been an excellent year for new releases, carves its own niche, with a solidity of sound executed weightlessly. The longest track, at over ten minutes, is the final one, Flying South, a fitting conclusion to a surprise package.