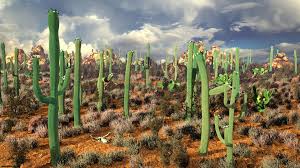 The Ballad of an Outlaw and His Daughter

As befitting a memoir with one foot in Mexico, though which occasionally reads like fiction, Bulletproof Vest, The Ballad of an Outlaw and His Daughter, is the good, the bad and the mostly ugly story of the life and extraordinary times of Maria Venegas’ father, the irrepressible and, for a budding writer, the utterly irresistible Jose Manuel Venegas.

The 300 page novel opens like a Sam Peckinpah movie: Jose, a cat with more than nine lives, is being ferried to hospital with a stab wound a hair away from his jugular vein, while his assailant, whom he shot at point blank after a card game, is destined for the mortuary.

Death spreads its shadow like a vulture drying its wings in Bulletproof Vest: its omnipresence from the bloody beginning to the bloody end is deployed to chilling and never less than entertaining effect by the author who has, for the most part, a front row view of her father’s way with a gun.

Freud would have had a field day with Jose’s mum, who prompted him to shoot his first man. He was 12. And as the Mexican stand offs continue to mount, and Jose puts a hole in many people, including himself and, mortally, his likeable brother-in-law, you begin to think that those who draw a living by the sword don’t necessarily die by it.

Bulletproof Vest, the cover of which features a young Jose astride a horse, hand hovering over his holstered gun, sombrero blotting out the sun, a latter day Pancho Villa, is a breathless read, and credit is due to Venegas’ brilliance as a stylist, as if Cormac McCarthy was holding the pen of William Faulkner.

However, any comparison does her a disservice: she has a unique voice, with a gift for dialogue, switching seamlessly between Spanish and English, and effortlessly conveys the past and the present of Chicago, where she was raised after her family fled Mexico, and the village of Le Pena, scene of her father’s last stand. Perhaps that should read one of many.

The father she portrays in the first half of the book from memory – a largely absent figure who quits America to go on the run – is one dimensional: a gun toting nutter. It is only when Maria Venegas finishes college, takes up writing in New York and decides to learn more about her father by spending time with him on his ranch, that a more sympathetic portrayal is unveiled, something along the lines that a rose with one thorn is still a rose.

In the concluding chapters we hear what was either missing or misconstrued at the beginning, Jose Venegas speaking for himself. Bulleproof Vest is a landscape where the violence is never less than a thunderstorm away, especially when the drug cartels move in, but it is also a moving memoir bestrode by a paterfamilias you are unlikely to meet again anytime soon.