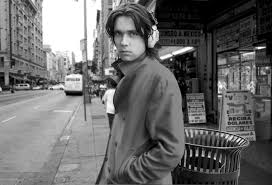 It’s ironic that one of the highlights of Get Happy is a track that is anything but: Kitty Come Home, however, is in good company, because the members of Pink Martini and various guests, including Rufus Wainwright with an achingly beautiful vocal lamenting the aforementioned lost kitty, have a surplus of technique, talent and imagination to cover songs from all eras and all corners of the globe.

Thus far, Pink Martini’s assembled cast of hundreds – I jest – is happy to plunder songs from the 1960s, and we don’t have to wait too long for the first of many pearls: an exquisite Mandarin vocal by Meow Meow, I’m Waiting For You to Come Back, with a sulphurous trumpet from Gavin Bondy accommodating the sultry piano of Thomas M. Lauderdale. When Meow switches to English and asks you ‘to come back,’ it’s an offer you can’t refuse.

Next is the highly rhythmic and Oriental Omide zendegani, originally performed by Dinah Shore in 1965, though perhaps not in the language it was written, Farsi, as it is here by the effusive Storm Large. Sadness permeates the opening handful of tracks on Get Happy, and accordingly Ari Shapiro caresses Yo te quiero siempre with the delicate finesse of Nicholas Crosa’s autumnal solo violin.

Both Je ne t’aimes plus (China Forbes and Philippe Katerine) and Zundoko-bushi move proceedings from the bath to the bed, or the bed to the bath, whatever takes your fancy, with the latter the first real opportunity to sample the upbeat disposition of Get Happy, and Pink Martini’s famous luxurious orchestral arrangement.

Other novas in this galaxy of delights include a Ravel-like rendition of Pana cand nu te iubeam (in the original Romanian by the multilingual Large), China Forbe’s Dietrich-like vocal on Irving Berlin’s What’II I do? and – memorably – the irrepressible Wainwright at his sonorous best with Kitty Come Home, written of course by his mum, Anna McGarrigle. Quite above extraordinary.

‘The birds in the tress call your name