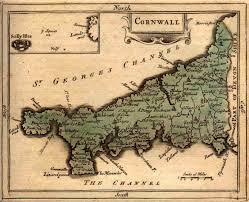 Rising Ground/A Search for the Spirit of Place

If you can accept the premise that the history of a place can be uncoiled like a skein of wire, and that the landscape, specifically a rural one, is no less and no more than a palimpsest for our perusal and our understanding, then you will enjoy, immensely, Rising Ground by Philip Marsden.

He asks why do we react so strongly to certain places, like Newgrange, and why do layers of story and meaning build up around particular features in the landscape? From the outset, it helps if you realise that the readership Rising Ground is aimed at is primarily English, or should I say British, and not Irish. On this island, as Patrick Kavanagh put it eloquently, the source of the Iliad was a local row, and well documented.

It seems to me, after reading Rising Ground, that the Irish relationship with the history of our townlands, the umbilical connection between our history and the land – the Great Famine – our obsession with ownership of a half acre and the curious reverence for the natural world, pre-dating Christianity, and so enmeshed in the early and late poems of Seamus Heaney, for example, is encoded into our DNA to a greater degree than our neighbours.

It could be that Christinity in Ireland never fully exorcised the Celtic influence of our imaginative and creative ancestors, so that a people capable of creating its own alphabet in the sixth century (ogham), and which took the bother to carve what they were thinking into rock, is manifest today through our literary skill with a tongue that is not our own.

Marsden’s loci are certain places in Cornwall – Bodmin Moor and Upper Fal – a terrain every inch as magical and as ancient as the blueprint Tolkein used in The Lord of the Rings, and Marsden’s love for his native land, in his own words its ageless integrity, is sure to ‘pour beneficence’ over those smart enough to appreciate it.

He adopts a hands on approach to the work before him, whether re-building a mid-nineteenth century farmhouse in the sylvan and idyllic Ardevora, or immersing himself by hiking and trekking in the moors, spending a night in huts and outhouses, like Turner, for the purpose of sharpening his senses, and honing his awareness of orientation, with, perhaps theses words of Tolkien ringing in his ears: ‘The Road goes ever on and on/Down from the door where it began./Now far ahead the Road has gone,/And I must follow, if I can,/Pursuing it with eager feet,/Until it joins some larger way/Where many paths and errands meet./And whither then? I cannot say.’

Marsden notes that the concept of a sacred landscape – in England –  has recently slid into the academic mainstream, and that interpretation of the landscape’s character, natural and man shaped, has become localised. If you believe, as I do, in Ned Culleton’s call for a greater appreciation of heritage to which we are heirs and guardians (On Our Own Ground), then Rising Ground will afford you many hours of pleasure.