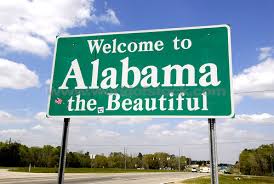 Injustice is a black current flowing through the pages of Just Mercy, an indictment of the American judicial system, if you can call it that, and as such this story of redemption is a necessary if depressing read, for this is a terrain bereft of the milk of human kindness.

Let’s examine the backdrop, the author is a public interest lawyer who has dedicated his career to fighting for the poor, the incarcerated and the condemned in prisons throughout the deep American south. Most of the victims we encounter in Just Mercy are so called white trailer thrash or African American bottom feeders, people on the margins of society.

They are in fact representative-less, which is where Stevenson comes in. Motivated as a young lawyer by the sheer scale of miscarriages of justice he encounters on a daily basis, with many innocent defendants ending up on Death Row, Stevenson establishes the Equal Justice Initiative.

It helps if you have more than a passing acquaintance with the legacy of the Civils Rights Movement in the 1960s, and the long shadow cast by the Jim Crow law, which enforced racial segregation in the South from after the Civil War up until the arrival of Martin Luther King.

The story of Walter McMillian permeates this memorable and powerful investigation: McMillian, a young African American, spent six years on death row for a murder he didn’t commit, on evidence fabricated by police, and supported through thick and thin by the prosecution.

Page after page you encounter political machination, racial inequality, legal brinkmanship, an absence of either hope or charity, which explains why one in fifteen Americans born in 2001 will spend time in jail, and one in every three African Americans born in this century will be incarcerated.

Stevenson contends that the land of the free and the brave, where female prisoners have increased by 640% in the past thirty years, where disenfranchisement among the poor is higher than before 1965, where a state like Alabama has the fastest growing condemned population in the world, where judges can swop juries’ life verdicts to death sentences with the stroke of a pen, is also using its penal system to become a warehouse for the mentally ill. You don’t have to be American to be ashamed at the cesspool of injustice between the covers of Just Mercy, because this is ultimately a story about inhumanity.