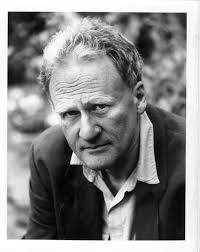 The Days of Surprise

In a busy galaxy on the brightest and clearest of nights, Paul Durcan has always held his own, has always stood out.

Decades ago, when he could be a habitual gun for hire by The Sunday Independent after another atrocity in the North, dashing out verse of raw emotional reportage, it was Durcan at his most caustic.

But I have always felt Durcan was and is at his best celebrating life, and not masticating the wake of violence. That was Ted Hughes territory, and he did it better than anybody, without sermonising.

No Irish poet has been as prodigious and as consistent as Durcan, or as spendthrift: there was many a better poem in the making, but for the want of an editor. Anthony Croinin urged him to ditch similes.

When Wexford was drunk on the Riverdance of hurling in 1996, Colm Toibin edited a superb study of Durcan, The Kilfenora Teaboy, from which I learned more about the blood and guts of a living Irish poet than any other, until the late Denis O’Driscoll’s Stepping Stones.

I returned to it time and again whilst imbibing The Days of Surprise, and I was the better for it: never decline an offer of enlightenment. Tobin noted that Durcan, by dealing with the dynamics of family life, stands apart; Ruth Padel, brilliant at the Borris literary festival in 2014, believed persona and voice came first with Durcan, and structure of line by accident; Derek Mahon, once concerned that Durcan was becoming predictable, concluded that his is the poetry of a new kind of man, whence his appeal to feminists.

Ah, the wimmin! I remember attending readings by Durcan and Brendan Kennelly in Wexford around the time of The Judas Kiss, and 99% of the capacity audience were female.

The Days of Surprise has, naturally for a poet born in the 1940s, more than its fair share of elegies, but Durcan has been nostalgic from a young age. The past is not another country; it’s just the here and now packaged differently.

This is a volume to read as a whole, on an afternoon when you have the house to yourself, and you can hear Spring in the air, and read aloud The Mystery of the Incarnation (in memoriam Brendan Tobin), for, as Fintan O’Toole perceived in The Kilfenora Teaboy, deeply embedded in Durcan’s poetry is the idea that to name, is to bless.