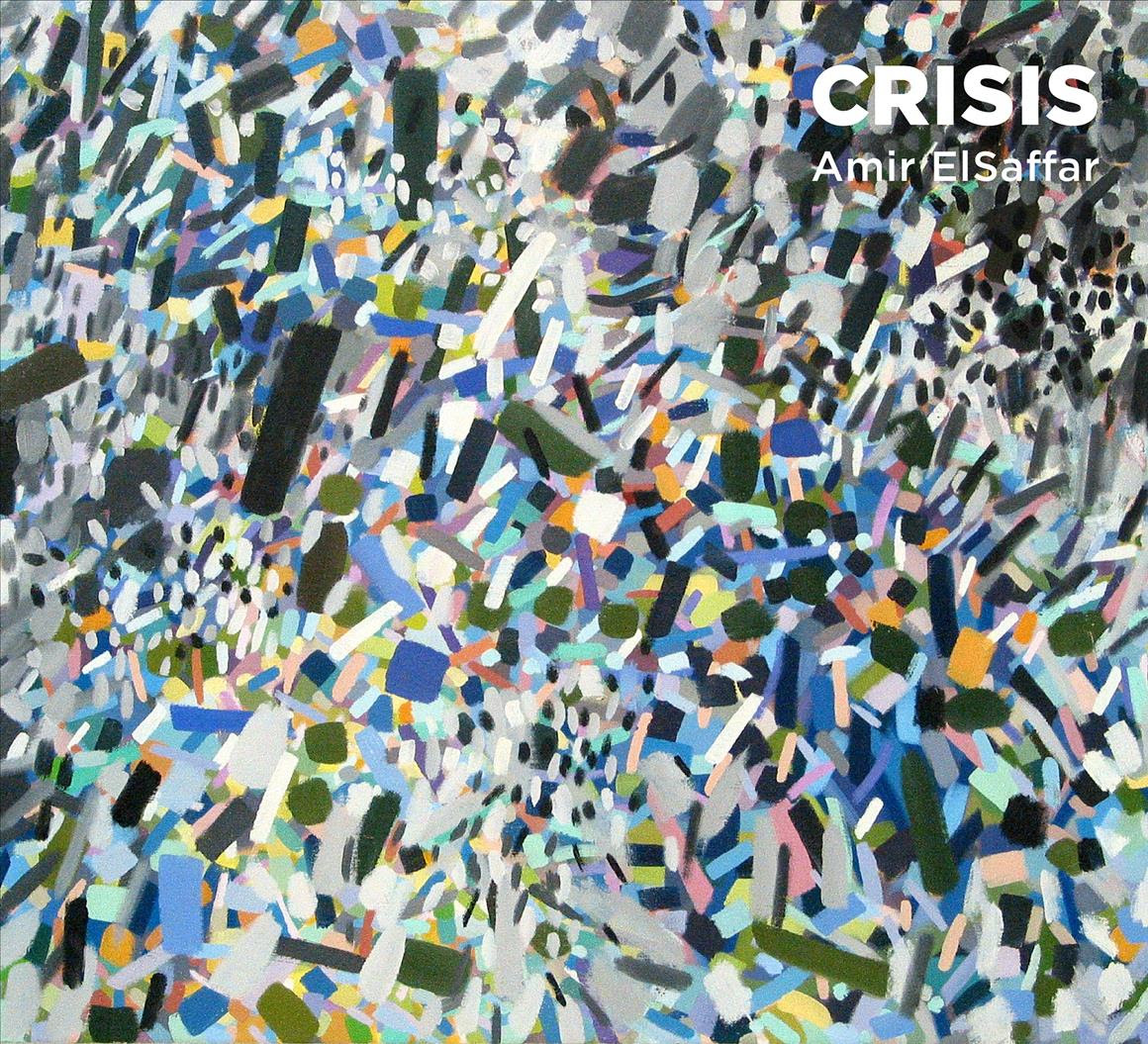 Crisis chronicles the continuing development of trumpeter Amir ElSaffar’s critically acclaimed Two Rivers Ensemble, a band purpose-built to explore the juncture between jazz and music of the Middle East, in particular the Iraqi maqam.

The new work is his reflection on a region in turmoil and strife: revolution, civil war, sectarian violence; a culture’s struggle for survival. It sets aside some of the more exploratory work that he has done in recent years to focus on music that is passionate and visceral, a cry from the heart.

Crisis was commissioned by the Newport Jazz Festival, where at its 2013 premiere, it made a clear emotional connection to the audience, receiving a rousing standing ovation after just the first piece. Driving and to the point, ElSaffar’s music is beyond categorization – not jazz, world music or any facile fusion thereof – but a world unto its own.

Born and raised just outside of Chicago, ElSaffar’s early musical education included performances with jazz and blues bands throughout the city. He also had a foray with the Civic Orchestra of Chicago, where he worked with conductors such as Pierre Boulez, Daniel Barenboim, and Mstislav Rostropovich. Today, his music finds root in the Iraqi maqam, the music of his father’s homeland.

But unlike many who dabble in a musical tradition only to give their music a facile sheen of exoticism, ElSaffar’s commitment to Iraqi and Arabic culture runs deep: He has travelled the world to study with many of the world’s great maqam masters and is now a foremost practitioner – as a singer and santour player – of the Iraqi maqam. He is the music curator for Alwan for the Arts, the New York-based Middle Eastern cultural center in addition to leading the Alwan Ensemble, which specializes in the performance of Arab classical music. He is also the director of the Middle Eastern ensemble at Columbia University.

The new album is comprised largely of the “Crisis Suite,” which was composed in 2013, after he spent a year living in Egypt, where he witnessed the Arab Spring protests first-hand, and Lebanon, where he worked with Syrian musicians who were living through that country’s harrowing civil war.

The suite follows a narrative arc: a commentary on the recent history of Iraq and the Middle East. Often based on the melodic modes of the maqam and folkloric rhythms, the music eschews some of the abstract quality of some of ElSaffar’s prior work and focuses instead on the passionate and ecstatic.

His virtuoso trumpet playing is firmly rooted in the jazz tradition, yet at the same time he’s capable of playing a taqsim (melodic improvisation) in an authentic Arabic style, with a sound that is reminiscent of the nay (reed flute) and the melisma and ornamentation of maqam singing. He has a unique approach to playing microtonally: Using a standard, three-valve trumpet, ElSaffar has created new techniques that enable intonation that are characteristic to Arabic music.