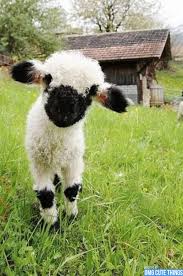 Too often the Lake District has been seen through the prism of sentimental, if well intentioned, writers, such as first generation of Romantic poets, but James Rebanks, in his own vernacular and in the gripping pitch of someone who has worked its land all his life, presents another vision.

The first son of a shepherd who was the first son of a shepherd himself, Rebanks doesn’t for a minute believe that the life he has carved out for himself is his own creation. For he too has followed in the footsteps of his father and his grandfather  and generations who have gone before him, making a living off this ancient and challenging landscape, for six centuries.

He does, however, break the mould by attending university at Oxford, and his account of shepherding has a considerable following on Twitter.

Today, as he admits, his whole world is farming full time in and around a terrain which can be unforgiving and bleak, a place where, as he writes, spring and autumn are often hurried transitions, never really equivalent in length or spirit to winter.

His tableau radiates from a core of central mountains, contributing to the distinctive character that makes the entire Lake District attractive to tourists in the summer, but a difficult place for the locals to inhabit for much of the year: Rebanks is  blunt and candid about how farmers like his grandfather would have viewed people who bothered to drive to a valley to see a view.

The Shepherd’s Life is also like dispatch from a battleground, and the realism keeps you on your toes, a necessary adjustment as this is also the memoir of someone trying desperately hard to survive and remain in a place seeded by change and challenge.

Rebank’s valley, Matterdale, must be like much of the Lake District, isolated from the south and east by moorlands, peat bogs, lakes, and forests. By the time Rebanks is born in 1974, the increased social mobility (more money, more cars) of the population of the industrial regions of northern England stimulates tourism in the Lake District.

Rebanks points out that generations of families like his shaped the landscape and were, in turn, shaped by it. There is something of the Angry Young Men resentment in Rebanks revisiting of his early schooling and adolescence, but I have no doubt that the crisp and undecorated prose of The Shepherd’s Life deserves its place alongside anything by Robert McFarlane or Philip Marsden