Well, Strong is a first for me: songs performed in French, Tamazight and English, an infectious concoction of percussively driven harmonies and Mezel’s vocal exuberancy, an addictive blend of the lyrically magical and sweeping range of the music.

Take a track like Precious Souls, a gorgeous ballad with the structure of a poem, which could as easily be sung a cappella; the strong writing continues with IIni, sung  in Tamazight, which is as easy on the ear as the theme – water – is on the tongue.

Mezel is in very good hands: producer John Reynolds (Bjork and Sinead O’Connor) doesn’t over egg the pudding, and there is nothing in the least bombastic when guitarist and bassist Graham Kearns, Nora Abdoun Boyer on Berber percussions and Reynolds himself on keyboards set sail with a groove, Silent Waters and Izha Wuliw.

Tamazight is one of the stronger dialects of the Berber language, where the sound, particularly in singing, is more fricative than strung out like the vowels i and u.

Fortunately, and I don’t know why, there is something about the root of English and Tamazight which facilitates a seamless transition from one to another, or perhaps the solution is just Mezel’s gift as vocalist.

Light vowel or fricative consonant, it is water pouring once Mezel applies an accentuated tone.

Though unfamiliar with the Berber culture, I have to imagine that its enchanting vibes permeate Eau Fil De L’Eau, sung, or almost whispered, in French, with a will o the wisp guitar accentuating this collection’s key theme: spirituality.

Precious Souls, also released as a single, is presented as an arresting paean to benevolent spirits, and indeed the eleven songs that comprise Strong are a stunning homage to the best form of pantheism: respect for nature and an adherence to its laws

In the book Edgar Allen Poe & The Juke Box, an anthology of drafts by Elizabeth Bishop, editor Alice Quinn devotes a sizeable chunk to the 16 drafts of One Art, where the arc of the poet’s journey – furious editing and fastidious attention to the integrity of the word – is, even today in an age when copy is altered on screen, a breathing palimpsest of the workings of a poet somewhat eclipsed while she was alive by the incendiary life styles of her contemporaries: Robert Lowell (insane), John Berryman (suicide), Sylvia Plath (suicide) and Anne Sexton (suicide).

Unlike them, she used travel to loosen time’s tyranny. Unlike their confessions, she was candid (the focus is with her, not on her, reasoned Michael Schmidt).

So Bishop is a poet who continues to polarise opinion, which is why On Elizabeth Bishop by Colm Toibin is an opportune homage to a misunderstood master of the craft. Toibin has been close to Bishop’s poetry for all of his adult life, and brings to this study an acute ear for her phrasing and her technique (he unlocks the music in Roosters), charting the evolution of Bishop from early formality to symbolism.

This is not a biography: if you want to know what made Bishop tick, read her correspondence with Lowell, or his beautiful poem to her, Notebook, or swim among the lyrical currents of The Moose, which took 20 years to complete, for although One Art was done and dusted within months, Bishop was meticulous in her laying of words. There are too biographies by Victoria Harrison and Brett Miller.

What segues Bishop and Toibin is a line in her introduction to The Diary of Helena Morley: ‘happiness does not consist in wordly gods but in a peaceful home, in family affection, things that fortune cannot bring and often takes away.’ Toibin has articulated that loss in his introduction to Music and Madness by Ivor Browne: ‘I did not know before then that my father’s death, the pure and almost unbearable grief which I had denied for so many years, was so close to me, could so quickly be summoned up.’

What intrigues Toibin most about Bishop, encapsulated so early and sharply by Marianne Moore, ‘Elizabeth Bishop is spectacular in being unspectacular,’ is, as he writes, while burying what matters to her most in her tone,  ‘it is this tone that lifts the best poems she wrote to a realm beyond their own occasion.’ 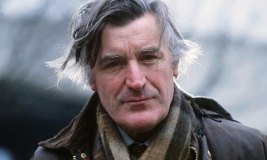 Reading this second major biography of Ted Hughes, is like running a marathon ill prepared: there are highs and there are lows and by the end you question the validity of the experience.

My objections to Bate’s approach should not be viewed as a weakness: the research is magnificent, even if the toll of the blood and sweat involved often shows in the writing, but I doubt if Bate has left any available stone uncovered.

Available is the key word: the seeds of several books in the future surely lurk in the correspondence between Hughes and Seamus Heaney, under lock and key presently, because Hughes was the most copious letter writer in English poetry since Keats, using correspondence to untangle the critical mesh, much like Van Gogh to his brother.

But here’s the rub. Too often the effect of a wonderful and elucidative passage – Bate is a superb critic – about a poem (Epiphany) or a sequence of poems (Crow) is marred by the leap from high brow to low, with an unnecessary aside into Hughes’ admittedly not straight-forward sex life.

Bates, to paraphrase Jim Morrison, can change the mood from glad to sadness in an instance, by abruptly detouring into a flow of prurience. Let’s agree that Hughes could be lascivious, but does that justify a salacious approach by a biographer?

Do we need to know, having driven for four and a half fours to meet a lover, that Hughes insisted on having sex on the spot? Or that he was partial to rough love making or shagging outdoors? Or that he had a coven, as consensual as the late diarist, the MP Alan Clark? Isn’t Hughes, though dead, entitled to a degree of separateness about the workings of the inner sanctum of his heart?

If not, where does a biographer draw a line? In The Thought Fox, the young poet is warned in a dream how if he pursues a certain path as a student, he will kill his imagination. Focusing on how Hughes performed in the privacy of a bedroom does Bate a disservice.

But when Bate is good, he is very good. The chapter on Shakespeare And the Goddess of Being is superb, and Bate does not wear his authority on Shakespeare lightly. Throughout, Shakespeare is Bate’s prism to elucidate a Hughes mannerism or a Hughes approach to a literary conundrum.

It seems to me that the Hughes who emerges from Christopher Reid’s edited Collected Letters and the interviews between Heaney and Denis O’Driscoll in Stepping Stones is far removed from the Hughes of this biography, and I know whose company I’d prefer. 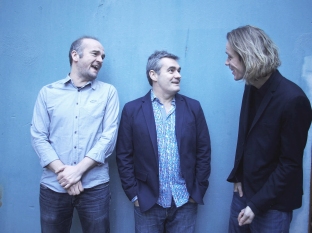 The Day I had Everything

It takes balls, I imagine, for a trio to record an eleven track CD, of entirely new compositions, without a drummer.

Is this a statement of intent? It ain’t necessarily so, because two of the three stellar musicians in Malija are better known for their day jobs with cutting edge jazz bands which also feature excellent drummers: saxophonist Mark Lockheart with Polar Bear and double-bassist Jasper Hoiby with Phronesis.

With pianist Liam Noble, they make up Malija, a group which, on the strength of The Day I Had Everything, has concocted – magically – a sound which is unique in its synergy, mirroring the impact on their careers of working and living in London.

So, if you choose to distil the experience of The Day I Had Everything purely from the anticipation of a Phronesis or Polar Bear fix, you will be both disappointed and deluded.

Lockheart and Hoiby come to The Day I had Everything fresh and as original as evening dew, segueing with Noble as if they have been friends for life (they first played together in 2009).

If you savour The Day I Had Everything as an opportunity to while away an hour drifting on a tidal flow of compositions as diverse in their synthesis as their deliverance, opening with the blues inflected Squared and closing with the classically imbued With One Voice – both written by Lockheart – you will absorb a brush stroke of extraordinary colour.

As a collective, The Day I Had Everything has been labelled as lyrical chamber jazz, but Almost A Tango and One For Us are the antithesis of a claustrophobic interiority. Chamber jazz for the great outdoors, perhaps. You can’t possibly box Hoiby’s Wayne’s World and Noble’s Mr Whack. All influences are at play: blues, bossa nova and even Bach. The Ligeti String Quartet gets a look in, but this homage to London as ‘the jazz burg’ of the 21st century references Bluegrass, Duke Ellington, Earl Hines and Wayne Shorter. The palette is panoramic

The Day I Had Everything, where the intercourse of the trio apes the narrative of the city in all its busy and cosmopolitan glory, the city and the music in the guise of cultural crucibles, arrived in the post at the tail end of 2015, but I have little doubt that it will remain one of my highlights of the next twelve months, and will forever magnify what is beautiful about new jazz.